Finding what makes you happy, if you do not have a burning passion

Guests sometimes ask our retreat mentors: How do I find what makes me happy? Sometimes guests say they don’t have a burning passion and feel bad about that. To help tackle this great question, this month we want to share a story with you…….

One day a boy was born into a good family. He knew he was loved, but hated being told what to do. He often felt that he was never listened to, was stifled and over protected. His mother gave the impression that she was happier when he was not around as he was always pushing her buttons, challenging and arguing with her because she seemed so strict and rigid. He was ready to expand and grow but felt his spirit was being crushed slowly and he couldn’t see a way out. He started to wonder if there was something wrong with him. Without even knowing it, he had a burning passion to be himself, a burning passion to be free!

Then one day he came across a book called “Follow Your Heart”. The book proclaimed that happiness and freedom comes from following your heart and that if you were unhappy you were not listening to your authentic self. The boy wondered if this was really true – was it really that simple!?

He wondered, if life was really about following his heart, why did everyone in his life seem to live life in the opposite way? Why did the rules set by his parents, his school and his church imply that following someone else’s rules is good and following your own heart is wild and reckless? Why are we taught that taking responsibility, studying hard, getting good grades and getting a safe/secure job is what is needed to be happy?

Sometimes it seemed to him that his life was pointless. He was becoming a cog in the wheel. Sometimes he would enjoy looking at the huge houses in the posh areas of town and wonder how did anyone afford such luxury. Sometimes he would dream that one day he would live in a house like that. However, to him, it was just a pipe dream – something that made him feel good for a few moments before the reality of his current life path rose up once again. The dream of following his heart seemed to create more and more pain for him.

One day he plucked up the courage to ask his mother whether she was happy. She explained that her family made her happy. Then he asked his father the same question and he said that making sure his family were safe and secure made him happy. The boy wondered whether this is really what makes you happy. It seemed strange to him that they routinely watched the news, which was full of terror, murder and war. Surely there was more to life?

He then came across people teaching a philosophy of “wake up and smell the roses” – being present or being in the now was the road to happiness. He also explored “spirituality” and the idea that there was something, a force permeating the universe that gave rise to coincidences and something called synchronicity. This was one of the most exciting times of his life, as if it was true, there really was something more to his life than what he had been taught. It may even be possible that there was something guiding him – perhaps this is what his heart was trying to do.

Wise people started appearing in his life. They taught him that demanding “happiness” is futile as it doesn’t belong on the outside – it’s an inside job. The more you demand things that make you happy – the more you attract unhappiness. Managing your expectations seemed to be important as happiness was really a fleeting thing. It comes and it goes. Things started to become more paradoxical, less logical, somewhat “grey” rather than “black and white” – perhaps life was not a problem to be solved, but a mystery to be lived? Perhaps if you are truly happy, you can put up with all the day to day stuff, including the pain, the failures and the lack of happiness!!

As he grew up he recognized that he had a wild side that he had been repressing due to the pain it was creating in his life. He started seeing it as a wild spirit, and listening to this part of him was similar to following his heart. He also recognised that for him, happiness was not just as simple as following his heart. He found that following his heart often left him withdrawing from others and disconnecting from society norms. He started to see that the yearning for freedom, was a yearning for the impossible as it was a yearning to be separate from the whole. Of course, he had already discovered that suppressing the calling in his heart lead to pain.

He started to develop a more inclusive and integrated approach to his life. He started to realise that there is nothing wrong with following his heart or his individuality, but if it was not integrated with the whole it would probably lead to pain. He decided to become a participator in life, rather than an outsider.

He began to take a more holistic approach to life – seeing his life as an integration of mind, body and spirit rather than a fight between them! He decided to love life as it is.

In the eastern traditions, stories are told and quiet is offered at the end so that you can draw your own conclusions. We suggest you take a few moments to reflect. What does this story mean for you?

If you don’t have a burning passion, we suggest you look again at what you think a burning passion is. Look deeper, can you see someone else or hear another’s voice? Listen deeper and you will find your inner voice.

La Crisalida Life Makeover retreats here in Spain are your opportunity to explore your life from a fresh perspective. If your inner voice is directing you to a retreat like La Crisalida, you can get in touch via email at info@lacrisalidaretreats.com. 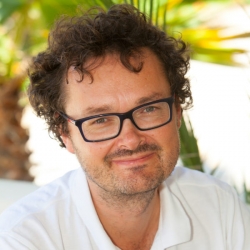 Latest posts by John (see all)

John is one of the founders of La Crisalida Retreats. He is a life and success coach, Transformational Coach and a master trainer in NLP. He leads our life makeover programme as well as overseeing the retreats. Try one of our new online retreat experiences from your own home.